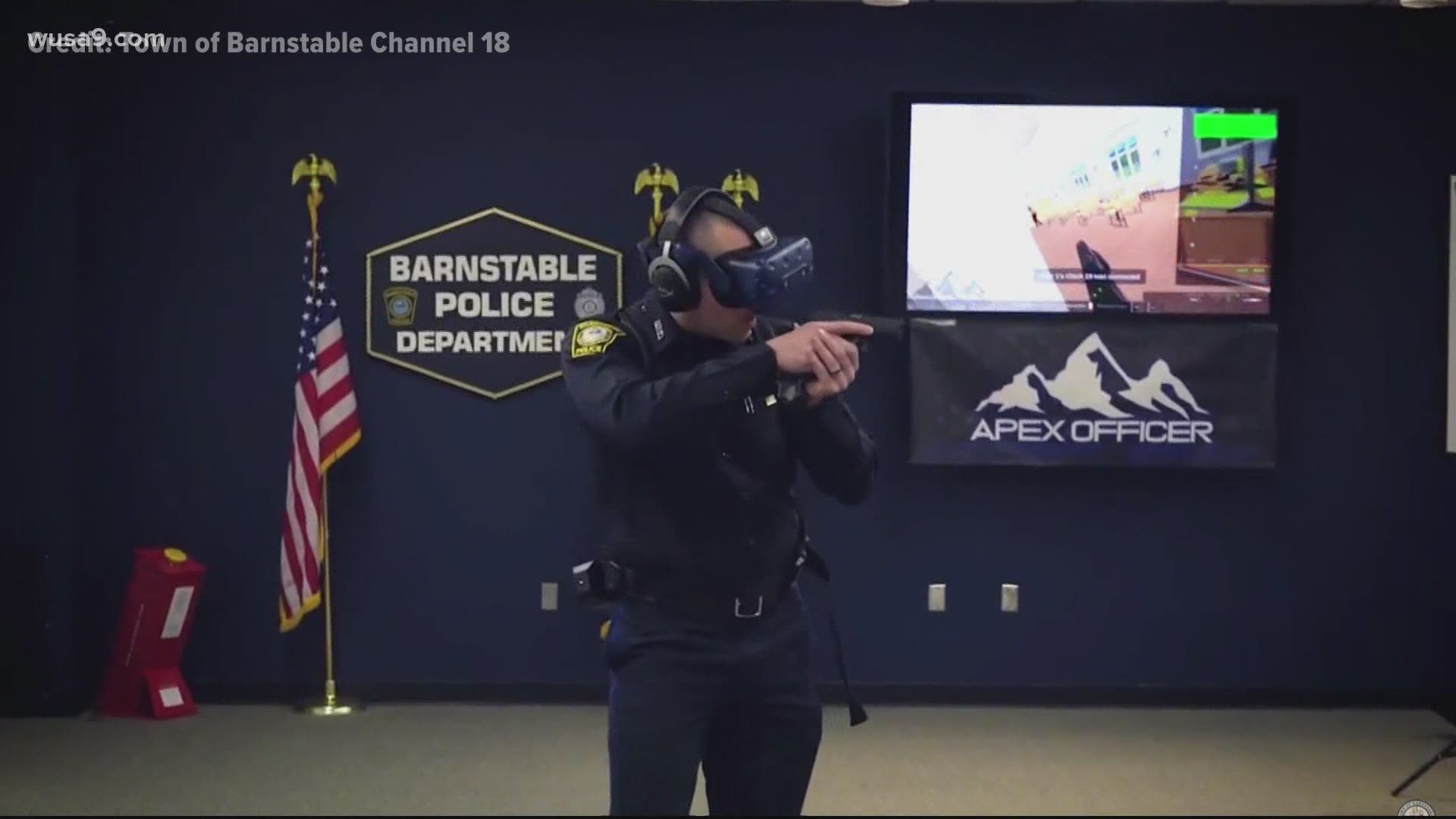 2020 is the year of virtual reality. Barnstable Police Department is kicking off the new year with Apex Officer's VR police training simulator.

Immersed in a world of virtual reality, what appears to be a video game, is actually the newest form of police training. Barnstable Police Department is running its officers through a new simulation experience, developed by a company called Apex Officer.

"The most common response is wow. I felt like I was there, said Detective Kevin Connolly, who found Apex Officer through his own research online."

Barnstable Police transform their empty training room in a world of virtual reality, transporting officers to countless scenarios they’d encounter while on the road. The situations range from traffic stops, to domestics to active school shootings.

“They may not be real-life images, but once you’re in it, immersed, you feel you’re in the situation. It gets your heart going, and it’s real,” said Sergeant Troy Perry, who is one of the training supervisors."

With the VR training, the officer running the simulation can change the scenario each time, and officers who undergo the training will never run the same call twice.

Barnstable teamed up with Apex Officer and began the training three months ago. The company trains more than 100 agencies on the west coast, but right now, Barnstable is the only department in the state using this VR software.

“I got on the job 22 years ago and we had a tv screen that were prerecorded scenarios, once you went through it once or twice, you knew the scenario,” said Connolly.

Now the situations and outcomes are limitless.

“It allows us, in a safe environment, to basically conduct the perfect training for the officer, and working it through until we get the perfect response,” said Perry. “It gets us several training scenarios in one training event. So something that would take days, months to set up, do outside on the road with multiple officers, personnel and staging, we can do in a half hour’s time. It really is a game-changer and I know it’s going to make a better officer on the road.”

Thank you! Your submission has been received!
Oops! Something went wrong while submitting the form.
Tags:
virtual reality
Apex Officer
Paulina Tucker

Law Enforcement Officers Assaulted in the Line of Duty