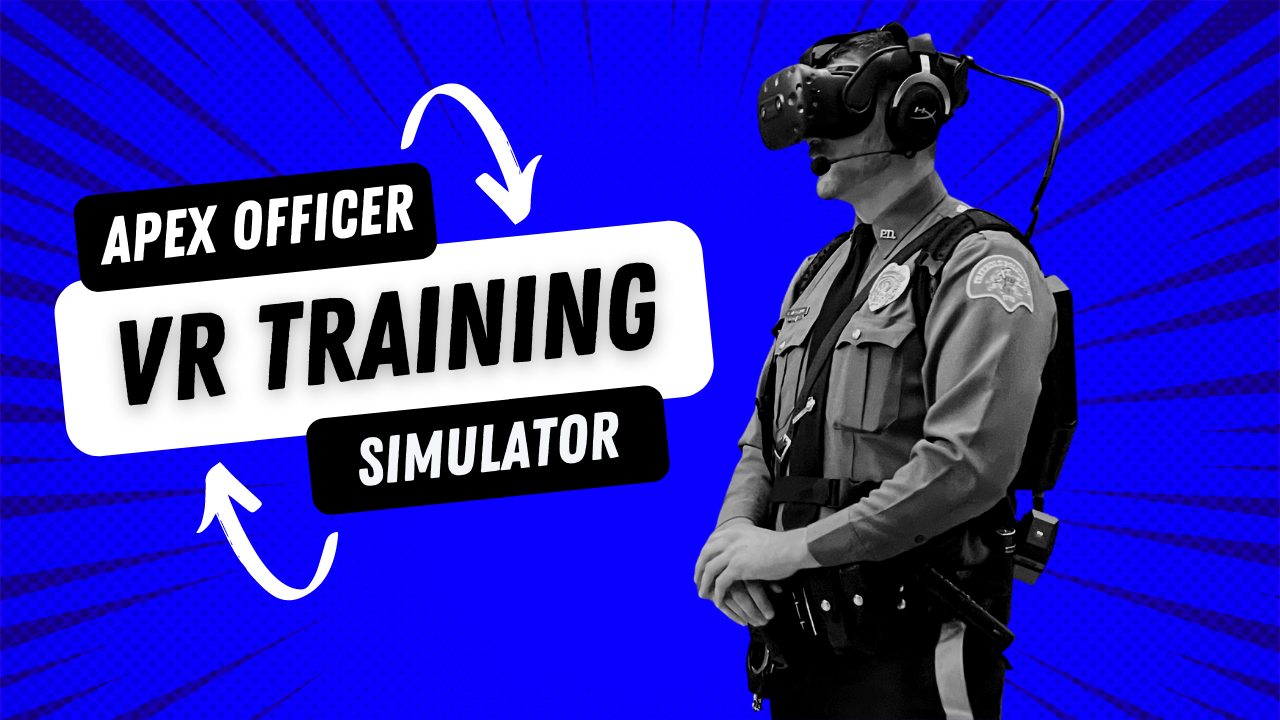 The New London Police Department is the first in the state to use Apex Officer virtual reality training simulator.

The New London Police Department is the first in the state to use Apex Officer virtual reality training simulator.

The focus is on de-escalation, and use-of-force training; the system allows for more frequent training and recreation of incidents to consider an improved response.

NEW LONDON – City police officers are the first in the state to use a virtual reality simulator designed to improve de-escalation training and provide an on-site resource for training across a broad range of scenarios.

And Chief Brian Wright is offering to let members of the community try the simulator to better understand what it’s like to respond to a call.

“Our focus was on de-escalation training, but this system has many more advantages,” Wright said. “The emphasis is on delivering a higher level of service to the community.”

Because the department owns the system, officers can recreate a scene while they are still on their shift to determine if a different strategy might have resulted in a better outcome. That type of impromptu training, in addition to scheduled training at the department, means officers won’t have to travel as often for these opportunities.

“We can simulate a recent incident to look for improvements and increase our skill sets to better handle a similar situation next time, and we can also have an officer start a shift with a scheduled training,” Wright said. “It allows us to increase the frequency of training because we own the system.”

Every officer has used the simulator as part of their annual training. The focus was on de-escalation tactics and use-of-force training.

“We applied for the grant because we wanted a greater level of de-escalation training and we discovered this and we saw game-changing benefits for the agency,” Wright said. “It was a no-brainer. It’s realistic, hands-on training. The scenarios are open so we can simulate almost anything.”

Wright is hoping community groups will take him up on his offer to try out the Apex Officer simulator. City Councilor Akil Peck, chairman of the Public Safety Committee, has tried it in addition to Mayor Michael Passero and his chief administrative officer Steven Fields, a former State Police officer.

“This is an amazing system and it makes you really appreciate the split-second decision-making an officer is faced with,” said Passero. “I look forward to the results of this training, and I’m pleased that Chief Wright pursued this system with a focus on de-escalation training.”

Regarding his offer of letting community members use the system to improve the understanding of an officer’s challenges, Wright said, “If we can help the profession, why not. It’s about strengthening partnerships and extending transparency.”

A demonstration of the system will be scheduled soon, and those interested in participating should contact Chief Wright at 860-447-5261.