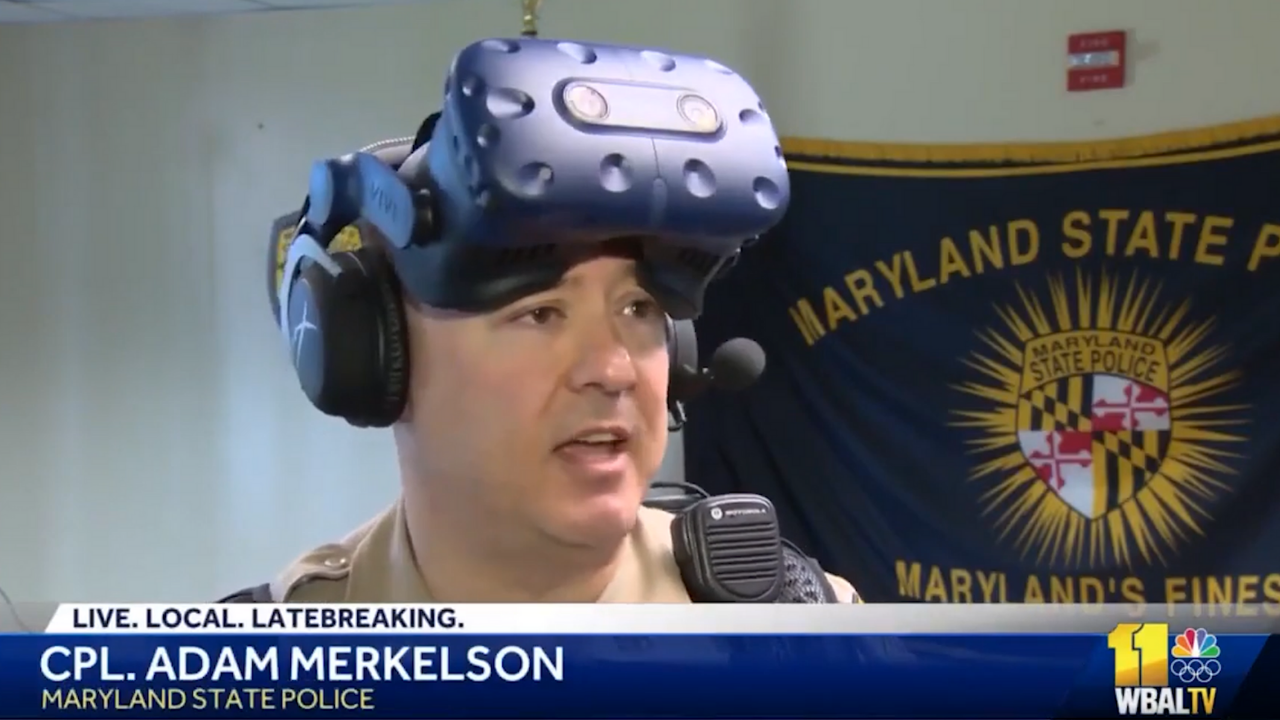 In a recent release by Maryland State Police and CBS's Local Affiliate Station WJZ, we have discovered that the Maryland State Police is implementing a new virtual reality simulator system designed to help train troopers in decision-making during countless scenarios. The agency is one of the first in the state and region to implement this system.

Countless scenarios can be played out ranging from traffic stops to life-threatening standoffs — something troopers are faced with on a day-to-day basis.

“It really works. It takes everything that you’ve learned in the six months of your Academy and applies it… your tactics, your after safety, your verbal judo, your de-escalation,” said Cpl. Adam Merkelson, Maryland State Police.

The trooper being trained puts on a small backpack and a headset. They are provided a replica handgun and a multi-tool which represents the ‘less lethal’ tools they carry for Maryland state troopers. “This is not a shooting simulator, we’re trying to teach de-escalation, verbal skills and to show that if you do what you can do, you will limit and may not have to use force in any situation,” said Cpt. Smith.

If you’re looking for a way to better train and prepare your corrections officers and prisons, look no further than Apex Officer. Apex Officer's VR correctional training simulator solutions can help you better prepare and train your officers and prisons. Whether you’re looking for a way to train your people or just want to be prepared for an emergency, they have you covered.

It’s unlike any other training tool used before in the department. Through this virtual simulation, an operator on the other end places you in a scenario and is able to manipulate and control what the suspect is doing based on the trooper’s action.

Thank you! Your submission has been received!
Oops! Something went wrong while submitting the form.
Tags:
Apex Officer
virtual reality
Larry Smith